Miss Boise Carolyn Pace emceeing the event. She did a great job!

Last week I attended the inaugural TEDxBoise event. In the interest of full disclosure I had applied to be a speaker and was not chosen as one of the nine talks presented. So, you might say I had a little ego wrapped up in my curiosity to see what the selection committee thought Boiseans should hear. Many of the talks were moving, all of them mentally stimulating. And I also was surprised to realize that outside my little foodie circles, food is still a marginalized topic of conversation even though without it, most of the things the other presenters spoke about wouldn’t have existed. In fact, through all nine talks, food only came up twice, both in quite negative contexts where either food or the farmers who grow it were trivialized and/or insulted.

Again, I fully acknowledge that my own ego is wrapped up in what was presented and what was not, but I truly believe those two statements, made by TED presenters, warrant my unveiling of my own “Idea Worth Sharing”, the TED talk I would have liked to stand up and give that night, with a renewed interest in reclaiming the intellectual, social, cultural, and economic validity of food as a crucial topic of conversation.

Starting, of course, with the seeds:

Seeds and the Abundant Economy 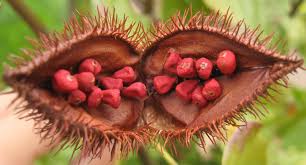 The reason you should care about seeds is simple–without them, there is no food. There is also no culture, because culture springs up around agriculture, which springs up around seeds. From carrots in Afghanistan to corn in Central America, cultures of people have simultaneously bred foods from seeds and have been bred by the seeds they sow. The Mayan people believe they are descended from corn, that they are Of Corn, which is a literal reality as they helped to make corn what it is–selecting it over hundreds of years from Teosinte, corn’s wild ancestor. It feeds them daily, making them who they are.

And without going too deep into the dire details, seeds are quite threatened in our modern day society. Small seed companies are being bought up every day by larger mega-businesses. In fact, over 50% of our seeds are

owned by three companies, and the top 10 largest seed companies own over 75% of our seeds. Patents and GMO technology criminalizes seed saving, making farmers dependent on these large companies who force them to buy new seeds each year instead of saving their own. An Indian farmer commits suicide every 30 minutes due to the crushing debt that has accompanied the spread of conventional agriculture and patented or GMO seeds. As a result, our agro-biodiversity–the number of different varieties of our food crops, is plummeting. Over 90% of the varieties that were in circulation in 1900 are now unavailable.

I am one of those unfortunate people ( like many of you I’m sure) who desperately wants to make the world better, who hears the dire stats and yearns to help somehow. I think I latched onto seeds so zealously because, unlike many of the other huge, big problems–climate change, resource depletion and pollution, global inequity–by growing seeds, I can, with my own small garden, have a significant impact on creating the solution. Seeds have throughout human history been largely in the hands of small farmers and gardeners and even today, though the agribusiness giants and chemical companies are trying to control them, most of our agricultural biodiversity still resides in the hands of small farmers and gardeners.

As one of my mentors Bill McDorman says, “You’re not going to defeat the world’s largest corporations politically, because that’s what they are and what they have.” Even as we speak, the Grocery Manufacturers Association and Monsanto and their cronies in Washington, DC, are trying to shove a bill through that will pre-empt individual states’ rights to pass laws that require GMO foods be labeled. I don’t feel like I, a Green Party member living in Idaho, has the ability to affect change on our national governmental level, and in the issue of labeling GMO foods, I’m not even sure I’d want to.

However, as a small seed farmer, I have immense power to affect change. The “problem” of ownership over seeds and loss of agro-biodiversity due to increasing corporate control over our seed supply is totally solvable by individual communities. We truly can make a broken system irrelevant, simply by planting and tending seeds. And in so doing, we fix a lot more than just a broken agricultural system.

We also add intrigue and empowerment to our lives and offer a blueprint toward a responsive, earth-based economy based on abundance, not scarcity. 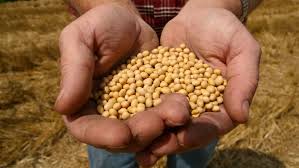 Here’s where, in honor of Bill, I would ask you to pull out the seed I handed you on the way in. I would have you look at it, feel it, turn it over in your palm like the treasure it is. And I’d say, “Who can hold up a million seeds?” You’d look around, confused, and then I’d hold up my seed and say, “I can!” Because inside that seed is the potential to create a million more of itself.

See, a seed is by its very nature generous. In just one season, one seed will make a 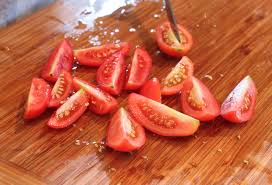 Look at all those freaking SEEDS!

hundred or a thousand seeds. That means that by planting and tending one seed to full maturity, I’ve made a hundred or a thousand fold return on my investment! As farmer Elliot Coleman said, “At 1,000 to one, you can’t get a better return than a tomato.” And this is real, tangible wealth! I can eat it and it will nourish me and keep me alive!

Each of these seeds has the will to live, to plant itself into the earth and root itself down and GROW. This simple miracle occurred in nearly every bite of food we eat. And as a person who grows seeds, I have the intense, sometimes overwhelming, pleasure that comes with that mind-blowing abundance. Around my house and my farm, seeds are everywhere, tucked inside lines of jars, drying on plates on every available flat surface, ripening by the thousands in the field. They’re alive, breathing, waiting (some more patiently than others) for the chance to spring forth and make tons more seeds!

Peeking in at the ripening blue corn!

This photo shows the small beds outside my greenhouse door. I swept out the greenhouse after finishing seed cleaning last fall out the door, and this is what happened! Wild abundance, springing up from what was essentially trash on the floor!

Our monetary economy is kept artificially scarce so it remains valuable. The way money enters into our system is through an entity (like a bank, or the FED) loaning it into existence. But when a bank loans you $10,000, they’re loaning you the $10,000 but telling you you’ll have to pay it back with interest. So really, over the life of the loan, say you’ll pay back something like $11,000. Well, that extra $1000 was never created in the first place! Using this system, it is impossible for everyone who has borrowed money to pay back all their loans with interest, because there literally doesn’t exist enough money for everyone to fulfill their obligation! This means, for someone to get enough money to pay back her loan, someone else has to default. When a loan officer looks at your credit score to determine whether you’re a reliable borrower, what they’re really examining is how good you are at going out and competing with your neighbors to bring back a larger share of this scarce resource.

This is why in most major religious texts including the Bible and the Quran, usury (interest) is forbidden. “America’s Most Outspoken Banking Expert” Ben Gisin estimates that right now there are ten people competing for enough money for six!

Which brings me back to seeds, thank goodness. The idea of seeds as currency shifts us into an economy of sharing, not hoarding. Whereas in the monetary economy there exists more debt than there is virtual “money” to pay it off, with seeds each successive generation yields 100x more than its parent!

One of the problems with the US dollar is that we’re trying to use it as a means of exchange (exchanging it for something else we need, like food or clothes or shelter or cable TV) as well as a store of wealth for the future. This puts the dollar squarely in competition with itself, since spending and saving are opposite actions.

In tough economic times, such as in Depression-era Germany, various governments

have instituted what’s called demurrage currencies. These are currencies that have an expiration date. Each month the owner of that bill must purchase and apply a stamp to it for it to be valid during that month. The idea with them is that people will be encouraged to spend them quickly, not hoard them, which stimulates economic activity and puts people back to work.

Seeds have a built-in perishability which, when coupled with their rampantly abundant nature, encourages wild, unfettered sharing of them between individuals. In essence, greater economic activity. Unlike our industrial economy, though, there are not adverse affects to the rampant growth of seeds. At the core of our capitalist economy is the pretense of endless economic growth as a necessity. The worst thing that could come of excessive amounts of seeds is a bigger compost pile!

As far as seeds’ ability to tend to the other half of the dollar’s dual mission–a store of wealth for the future–which would you rather have to provide for your needs in an uncertain future? A dollar? Or a seed?

” Whoever controls the seeds controls the culture”–have you heard that saying? I for one would prefer to have the future of our culture residing in the loving hands of small scale farmers and home gardeners who farm without chemicals, with more concern for the seed itself than the bottom line.

Look how RICH I am!

And this is the real reason I love what I do. With my little life, I can plant my seeds every year, adapting them to my garden, to our city, to our bioregion. The seeds learn the ways of the West, of Idaho, of the Snake River plain, of Boise, of Hill Road, of my field. Each year they spring boldly to life, facing an ever-changing world, an ever-changing climate with different diseases, different weather events, different challenges.

By saving the ones who thrive in each successive season, I’m helping to adapt these treasures to the world I will inhabit if I’m lucky enough to become an old lady. With my own little life I’m helping to preserve and prepare something that will feed my loved ones years from now. That is a true store of wealth for the future, a real retirement plan that isn’t subject to the volatility and the trickery of the stock market.

I may not be able to take down Monsanto, or even get selected to give a TED talk. But I can plant a seed, and so can you. Growing food–even a tomato in a pot on the balcony of an apartment–brings immense satisfaction and connection to something that’s often overlooked in our increasingly urban population. Yet without it, we wouldn’t be here to build buildings or write symphonies or make crazy robots that can drive our cars for us or whatever. Food is Of Us, and we are Of It. By planting and saving our seeds, we reconnect ourselves to this 10,000 year old ritual. We learn about who we are and where we belong and what we should be doing. And in addition to all that, it’s a riotously good time!